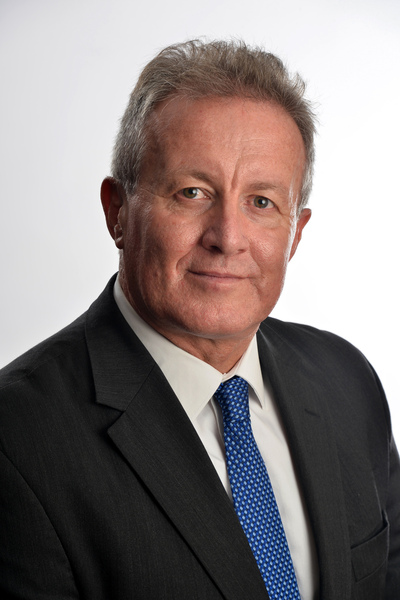 Some may even decide to lodge a protest vote in favour of other teams like the Green Team (the Greens), the Orange Team (One Nation) or the Yellow Team (United Australia Party) - or no colour at all (independents).

But with the Australian economy so delicately poised, this election is more significant than any other in our recent history. It is true that Australia holds the world record for the longest continuous period of economic growth of all developed economies - 27 years and counting. But it is also true that the rate of growth in the past decade has been much slower than the decade before, and that many Australians (including most small to medium business owners) have found the going tough in recent years.

New economic warnings issued by global organisations like the International Monetary Fund (IMF) and the World Bank predict a slowdown of the global economy in the near term. These warnings, coupled with the increasing domestic business threat posed by global online shopping for traditional 'bricks and mortar' small businesses, suggest there are significant economic challenges to come.

It is therefore crucial that our next group of political leaders step up and lead. They must tackle the big issues in a manner that is consistent with the leadership shown by past leaders like Robert Menzies (with his vision for a modern Australia), Bob Hawke (with his industrial relations reform and global market engagement agenda) and John Howard (with his national tax reform agenda). 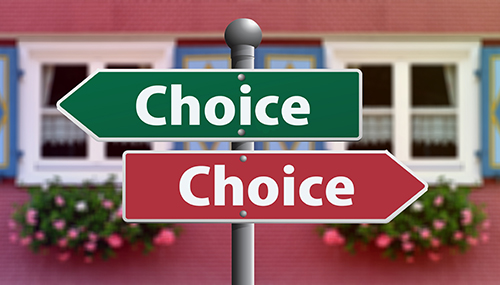 Growing the national economy for the benefit of all Australians

The first major issue is the development and implementation of a long-term plan to grow the economy for the benefit of all Australians - not just an economic plan to win government at the election in a few weeks.

Discussions about the economy are complex but let's consider two main items, namely: economic growth and the national balance of payments.

Most people understand that when the economy is growing at a good rate, Australians generally do well. For those who are left behind, the taxes paid by those doing well (i.e. wage earners and Australian businesses) are generally enough to compensate those who are not doing so well (i.e. unemployed and socially disadvantaged) - and so all Australians stand to benefit from good economic growth if the policy settings are right.

What appears to be less understood is the link between public discussion about the national surplus and consumer sentiment. The repeated failure of both teams to deliver a national surplus over the past decade has undoubtedly contributed to negative consumer sentiment which, in turn, means consumers spend less and businesses earn less. With less money circulating in the domestic economy, national growth slows. Consequently, delivering a surplus against a backdrop of ten (10) successive years of deficit is vitally important for the future of the national economy as it will help to rebuild positive consumer sentiment.

The Red and Blue teams both acknowledge that national economic growth has been unsatisfactory. Both teams are proposing tax cuts that will benefit those earning annual wages of up to $120,000 per year with the red team providing an additional amount for those earning less than $45,000 per year.

These proposed tax measures, to be delivered early in the new financial year, will undoubtedly deliver a short-term boost to national economic growth as households have more to spend in the first quarter of the 2019-20 financial year.

The strategy of the Red Team is to redistribute wealth from the wealthy (i.e. those earning more than $120k per year) to the less well-off and increase taxes by removing future tax concessions in key areas such as: negative gearing for investors; removing the franking credit concessions for Australian retirees; and abolishing the planned tax cuts for higher wage earners in later years.

The strategy of the Blue Team is to invest in large infrastructure projects to stimulate employment (and flow-on private sector investment) and deliver planned tax cuts for all Australian wage earners to increase disposable income by 2024.

Thankfully, both teams have committed to providing tax cuts for small businesses earning up to $50M per year and reducing the small business tax rate to 25%. But big business contributes to economic growth too (many are, in fact, customers of small businesses), yet neither team has addressed this issue.

Both teams have also committed to delivery of a surplus in the coming financial year, but the Red Team will achieve this by increasing taxes which effectively punishes some sectors of the community like 'mum and dad' investors and retirees. The policy is justified on the 'Robin Hood' principal of taking money from the well-off (i.e. baby boomers) and returning it to the less well off (i.e. emerging generation), in what effectively amounts to the introduction of generational warfare.

The Blue Team's strategy is one of containing government spending and growing jobs. The strategy runs the risk of some being left behind, particularly the younger generation and those on lower incomes. The approach essentially advances the principal of 'survival of the fittest'.
And so, while both have committed to delivery of a national surplus to lift consumer sentiment and increase economic growth, they are pursuing radically different paths to achieve this goal.

Improving Australia's standard of living for current and future generations

Australia is a country that has been built on the concept of a 'fair go'. While some may argue the concept is 'old hat', it has stood the test of time and remains as relevant now as it was when it was first framed more than 100 years ago.

Basically, the concept means that we aim to provide every Australian with the opportunity to succeed - essentially providing a hand up, as opposed to a hand out. It means that when our farmers and rural communities are suffering due to natural disasters, we help put them back into a position where they can again succeed, with a view to securing our national food supply - both now and into the future.

It means ensuring that our tax system is fair by ensuring that tax rates are based on the capacity of individual wage earners to pay tax. It is right that those who earn more should pay more tax, but the tax on these higher wage earners should not be set at such a level as to discourage them from working ever harder in the future, as Australia's future tax and national investment success is intricately linked to the success of middle and high wage earners.

It means that our wage system is fair and seeks to maximise wages paid to all Australians but does so within the capacity of all businesses to afford these wages - not according to some trumped up target rate advanced by the bullying activities of big unions.

But the concept of a fair go does not just apply for the current generation.

We must also ensure that we strengthen our country into the future so that the current generation is able to hand over a country to the next generation that is economically, socially and environmentally stronger than the one we inherited. Protecting the interests of emerging generations, however, must not come at an unfair cost to the older generation who helped make Australia what it is today.

Resolving the climate and energy impasse

If ever there was an issue that demonstrated the manifest failure of successive political leaders to lead, it is the debacle that is the national climate and energy policy debate. 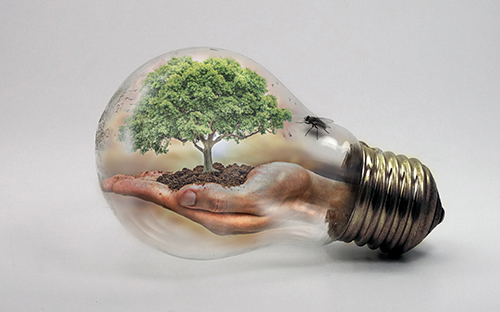 Those of us who are old enough to remember will recall that the national energy and greenhouse emissions debate started nearly 30 years ago. Over that time, successive Australian Governments developed numerous draft economic and other policy instruments that sought to strike a balance between Australia's economic and environmental aspirations.

Sadly, all these actions failed to secure bipartisan support of the Australian Parliament with the last being the National Energy Guarantee proposed by the Blue Team - resulting in yet another Prime Minister being rolled as a result.

While some might take comfort in the proposition that a new government might resolve this 30-year impasse, the powerful interests of resources unions like the CFMEU are likely to result in the Red Team facing the same internal challenges that the Blue Team faced (with the small band of climate deniers that exist within its own ranks).

What is worse is that the prospect of an early resolution of this important issue does not appear even close. If anything, we seem further away, with the whole debate having now degenerated into an ideological debate about whether coal is "good" or coal is "bad".

Meanwhile, the businesses investing in energy infrastructure for the delivery of energy to Australian households and businesses struggle the ongoing investment uncertainty comes with the absence of an agreed national policy. And so aged coal fired power stations are progressively closed because they are no longer economic to maintain and necessary new investment in traditional and renewable energy generation is delayed indefinitely.

The result is that the supply-demand balance tightens in the national electricity market, and energy prices rise sharply for businesses and households alike - meaning more money is spent on the basics of energy and less money is available for consumer spending and business investment across the wider economy.

Australia's energy and climate policies are linked to the point that one cannot be addressed without simultaneously addressing the other. The energy price stress created for many Australians in recent years has therefore been created by the absence of a coherent national policy on climate change and energy.

The resolution of this impasse remains a critically important economic issue for all Australians - whether you believe in climate change or not!

And so, it is again time for real national leadership

The three issues cited might be used to guide our collective choice of the next group of national political leaders. Short term tax benefits are merely sugar hits designed to secure our vote but do nothing to address the real challenges facing all Australians as we navigate our course in an increasingly complex and connected global economy.

And so, the real question for this election is who has the capacity to step up and lead on these issues. Good politics is about finding compromise - not highlighting differences.

Our leaders must craft a vision that can be supported by all Australians, not just the party 'faithful'. It requires people to step away from their ideological positions, agree on a vision and then deliver it over successive political terms.

None of this is easy, as evidenced by the leadership turmoil of both teams over the past decade. But we must make it happen. Australia's future depends on it.

It is not simply about articulating a vision that provides a rallying point for traditional party supporters. It is about crafting a vision for all Australians and then having the political skills to unite us in making that vision a reality.