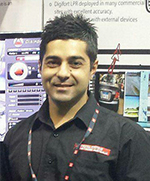 When I first started my apprenticeship over 16 years ago I remember inspectors would constantly review our work on completion to see if we had performed the work to the Australian Standards. Most times there wouldn't be an issue, however, sometimes from time-to-time they would give you a minor defect notice to keep the company on its toes. Back then, almost every job got inspected as there was a large number of inspectors who would cover all areas - now probably only 5 in 100 jobs get inspected and that's being generous.

It saddens me to see how much the whole industry (electrical in particular) has lost its way with the high quality and standards it once had. I would like to speak on behalf of all the good electricians who take pride in their work and know when they go to bed at night they have been fair in their dealings and given the customer the best quality work possible. To those who follow this principle and treat every job like it's your own home - good on you! I know many electricians who are great at their job but unfortunately, I've seen many who simply don't cut it. I once approached an electrician regarding his workmanship and asked him "Would you wire your home this way?", he simply ignored me and said, "Time is money". 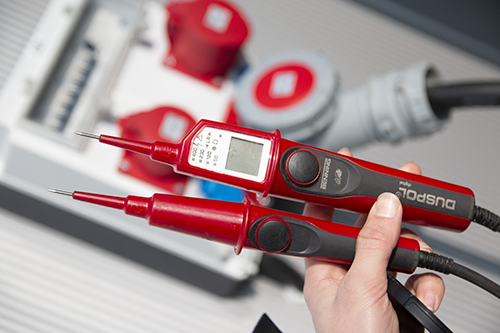 Some of the workmanship I have seen over the last couple of years disappoints me to think that most electricians call this 'normal'. This quality reflects on the individual and company they work for and have the attitude "She'll be right mate" - in my opinion, this is not acceptable. The electrical industry is a serious trade that sometimes can be dangerous if not done correctly due to the incompetence of an individual. We recently saw a girl on the news who suffered a serious electric shock just by walking along the Sydney CBD footpath adjacent to the ongoing works of the light rail. The young girl felt a 'pins and needles' sensation and soon collapsed to the ground with on-lookers unable to help as they also received a shock as soon as they touched her. After being treated and monitored in hospital, the girl was very lucky to survive and be released the next day. This most probably could have been avoided if certain protocol was followed.

For this reason, our industry has become a laughing stock and things need to change through more consumer awareness. Before you get anyone to start work in your home or business ask them to give you a detailed quote on exactly what work they will be conducting, look at reviews, get them to take photos of the work, check that their licences are valid and get them to issue you a Certificate Of Compliance on completion. I had one customer call me to check if this 'well known' company had completed the work as suggested on their $11,000 invoice. After checking the roof cavity, I was shocked to find that 80% of the work hadn't been completed and the client had been taken for a ride as they already had made full payment. This is an unfortunate scenario for these people, however a massive lesson learnt for future dealings with other tradesmen.

Fair Trading NSW has just launched a new portal where all Compliance Certificates will be online and kept on file for several years. The latest edition of the Electrical Wiring Rules has also just been released with many changes being added to the previous edition which was released back in 2007. With these two in full swing, all contractors should be practising both regularly which also gives consumers peace of mind they are dealing with reputable businesses.

We keep hearing there is an industry shortage on skilled tradesman and Sydney is struggling to keep up with the demand. The 'fast-paced' struggle to keep up is then reflecting on poor workmanship throughout Sydney as companies push employees to the brink. I encourage all apprentices who are currently doing a trade to learn your craft well and not take corners to meet a deadline. I encourage my employees to take the extra 30 minutes to do the job properly rather than going home thinking I should have done it this way instead.

I personally don't think we have a shortage of skilled electricians, plumbers, carpenters, etc. And if we do I strongly believe it's because most young adults are not being educated the correct way. Cutting corners also means having the capacity to cut on overall costs.Please be aware that cheap isn't always good. Although price is a big factor in determining who you choose. I encourage people to get 3-4 different quotes and compare before making a final decision.

As the Western Sydney development boom continues to thrive - let's hope all tradesmen keep on delivering what should be promise - 'Skilled Workmanship'.