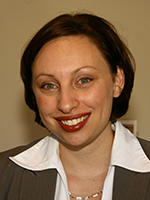 We have abundant examples of flawed leadership across political and business circles. Yet ‘flawed leadership’ continues to be a powerful influence on the attitudes, behaviour and performance of people. So why do leaders sometimes fail to make the impact they seek?

Leadership is part of a system that is made up of the Leader, the Followers, and the  environment. Most leaders typically focus on managing their own behaviour or influencing the beliefs and behaviours of followers. Very few leaders focus on working with the complexity of the environment they are trying to impact!

Leadership behaviour does have an impact, but by itself is not effective enough to be a total game changer. It is only a necessary catalyst for change and growth, but will not determine ultimate goal achievement.

Leadership is not just about follower support
If you caught any of the media leading up to the US presidential election, you would have noticed both candidates spending time, energy and money trying to influence beliefs about the other candidate. Business leaders (who are not democratically elected) spend similar effort on changing beliefs to support the direction they are heading towards.

However, leaders often fail to gain follower support early, due too poor pitching, and delivering arguments that do not speak to the diverse audience they want to capture. Pitching that looks like a ‘sell job’, and does not take into account the complexity of issues or needs of followers opens the door to criticism. The ‘Team Australia’ pitch, was overly simplistic and ironically polarised Australians, rather than unified them.
Leaders need to recognise that first impressions and core beliefs about where we stand on particular issues are difficult to change; even more so when these issues are important. Strategies of pitching groups against each other, including competitors, tend to miss their target, or only speak to converted followers!

Following the pitching phase, leaders often take the road of providing evidence of supporting their own position, emphasising it as the only option. In business, if employees choose not to follow the leader they can be sidelined, or marched off the bus.

Rather than continue to ‘flog’ a particular view point, it is more effective to help followers understand the complexity of the issues, so they appreciate what lead to a certain decision and why a certain position has been taken, over another.

Collaboration in Problem Solving
The use of experts in problem solving can be beneficial, yet can also continue to reinforce an existing position that is currently not working. Expertise is based on a solid core of knowledge that has been built up over time. Often we encounter experts with vastly differing opinions (e.g. climate change) and find rather than working together, experts work to disprove each other’s view points, and at times gather evidence to support a pre-existing point of view (just like politicians).

A more useful form of collaboration is to encourage experts to investigate broader issues together rather than defending a particular position. This requires the development of a different thinking attitude rather than building specific knowledge banks of evidence to support or dispute a claim.

The Reality of Leading in a Complex World
The world has changed. Most people would agree this millennium, and particularly since the GFC, we are living in a VUCA world (volatile, uncertain, complex and ambiguous). We are no longer able to make predictions based on ‘tried and tested’ rules for complex scenarios; and for every solution we uncover, there are many causes and impacts. The new problems leaders find themselves trying to solve will often not fit our previous experience.

So what are at the keys to leading effectively in a VUCA world:
1. Focus less on trying to identify individual causes of issues and their flaws, and more on the patterns and trends that are occurring across your workplace to define and solve problems;
2. Notice how issues and challenges have emerged across time rather than specifically isolate an event or incident;
3. Look for multiple causes and effects, rather than one ‘golden truth’ and notice that these may not take a simple straight pathway to an outcome;
4. Understand that environments change rapidly; and accept that, what works in one context or at one time may not work again;
5. Consider that the problems you are solving may not be the most relevant issue to be solved and look for ‘higher order causes’;
6. Look beyond your industry to inform your practice and approach and encourage collaboration to understand the nature of the problem, rather than jump into solving problems;
7. Go beyond basic skill development to fill gaps when training employees and develop a role model flexible thinking attitudes, that challenge assumptions and generate ideas;
8. Role model the process of collaborating with people who have different mind-sets.