You have probably heard the expressions ‘smart contract’ and ‘blockchain’. You have most likely heard them in connection with someone saying they are revolutionary and will change the world.  Are they?

The definition is not that helpful to those of us who are not computer programmers.

So back to basics. A contract is an agreement between two people that involves an exchange of some sought. For example:

Most if not all contracts involve exchanges of some type.

Contracts have traditionally meant that one party to the exchange has to bear a credit or trust risk. If you do not have the car at the time I give you the $100, I have to take the risk that you will deliver the car to me later. If you don't, I may have lost my $100. Likewise, if I paint your house before I receive any money, I risk not getting paid. Conversely, if I am paid first, the other party runs the risk that the house will not get painted or not be painted in a tradesman's manner.

Smart contracts seek to avoid the trust risk inherent in traditional contracts by being self-executing. An example of a smart contract is the Fizzy AXA insurance contract. (See Figure 1 www.fizzy.axz) 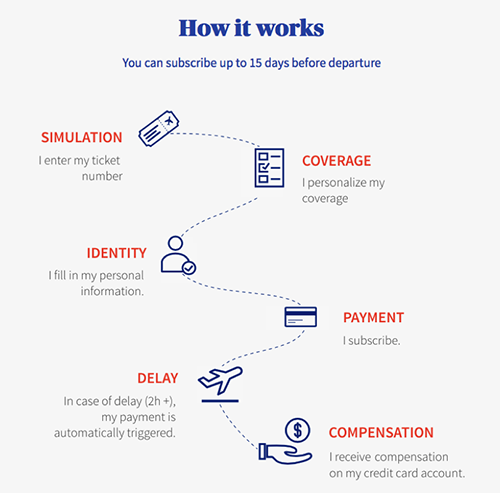 The idea is simple: it can be challenging to get compensated for late flights, even if you have travel insurance.

It can be a headache depending on why the flight was delayed. With Fizzy, if your flight is more than two hours late, you’ll get automatically notified and paid your compensation options. Once you make your compensation choice, the money is sent directly to your credit card.

Currently, this product is only available for flights between the U.S. and Paris.

The self-executing arrangement is derived from the contract being formed online using blockchain. Once the contract is made the compensation is scheduled to be paid if your flight is delayed beyond the agreed time it is to arrive. There are no if's or but's. Payment is immediate and without question: "Self-executing".

Yes, the smart contract removes some administrative hassle. But it is fundamentally no different to any paper contract. There are terms of when the money will be paid. The only difference is you do not have to claim as AXA knows from available public data if your flight is late; how late and if late beyond the agreed time your agreed compensation is sent to your credit card.

Smart contracts can manage financial interactions between machines, vehicles, humans, regulators, government, and financial service providers. Indeed, many of these processes are already managed online via processes that are automated. At present, some steps along the path still require human intervention. For example, to pay for electricity, a service provider needs to calculate the amount owing by measuring consumption and then applying a formula that generates an invoice. These processes (the register of consumption, the calculation of the amount owing, the generation of the invoice, and its delivery via email) are all currently automated and (as long as there are no disputes) they require no human intervention. The only step along the way that requires a human to do something is when customer pays the invoice.

The use of the blockchain does reduce some risk, but it does not remove risk completely. For instance: It is possible that AXA is placed into liquidation mid-flight and even though the flight is delayed you will receive the agreed compensation because the liquidator has ceased all payments. The credit risk is reduced by smart contracts but not eliminated.

Smart contracts that require a physical item to be delivered do not eliminate the traditional risk of paying first and not receiving the item and having to seek recovery of it or your money.

The use of smart contacts using blockchain technology is not a panacea. But they are an improvement. Just as reducing contracts to writing was and the improvement of education whereby most people can read and if they take the time understand a written contracts terms. The benefits of smart contracts will be dependent on the commercial uses to which they are put.