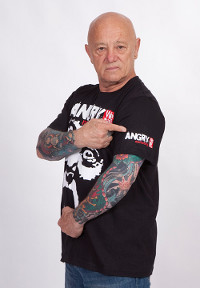 A fair go is one of Australia’s oldest cultural traditions. Traditionally we have been brought up to believe that giving other people ‘the benefit of the doubt’ or ‘a fair go’, was the go!

I was brought up to believe that it was not only fair but moral, Christian, and above all else it was the right thing to do.

I was brought up this way. I believed it then and I believe it now; in fact I live by it.

I honour that principle and I try my best to practise it in all levels of life.


Another great Aussie wisdom is...’ Don’t be a mug or ‘He’s a mug’ or ‘don’t fall for that, he’s making a mug of you ‘ No Aussie likes being called a mug or a bludger for that matter!

Another saying is ‘don’t mistake my kindness for weakness’; just want to put this in here so we don’t forget it later.

I finished last time with you, hopefully, contemplating Inconvenient Truths. There was a healthy amount of feedback about my last article which prompts me to continue from whence I left off or a least rap up so I can move on.

Inconvenient Truths! Hmm... Well one is that Global warming is no longer global warming. It’s been replaced with climate change, among other things because the ‘Lie’ was not proven. It did not and does not stand up against factual scrutiny, not in the way it was presented, not as a lie dressed up as a truth.

The truth is, the inconvenient truth is that the perception presented daily, in all manner of our printed press and television media, is a lie dressed up as a truth.

Their version is far from the true picture that we are, or are becoming aware of, coming to realise is the truth.

So you can say, therefore, that another inconvenient truth is that ‘they’ lie!

Remember that no matter how many times you tell a lie you cannot or will not ever make it the truth! A lie is always and will always be nothing more than that! A lie.

Another inconvenient truth is that the more Muslims there are in a host country the more problems they can potentially cause.

If recent history is to teach us anything it is that globally, Islam has contributed very little of any good to any host country that has welcomed them as immigrants or asylum seekers. This is an inconvenient truth.

Their constant pursuit of special treatment and consideration, in the name of ‘tolerance’, for their religion is causing far too much aggravation, disruption and ill feeling to the host population, to ever have any chance of them becoming assimilated and wholly welcomed into that very host population.

Assimilation into the host population, if it’s a Christian based country, is essential for the two, diametrically opposed ideologies, ever having any chance of peacefully coexisting.

We know that individual Muslims can because they do but what we do know is that the greater the numbers the greater are the problems they cause for their hosts. This is an inconvenient truth.

We must never surrender our sovereignty…Never!

Halal certification is a rort against the Australian people; inconvenient truth.

Growing dependency on welfare handouts is a rort against the Australian people; inconvenient truth.

Failure to even attempt assimilation is a rort against the Australian people; inconvenient truth.

Constant aggravation in the name of religion is a rort against the Australian people; inconvenient truth.

Fostering and encouragement of home grown radicalism and terrorism is a rort against the Australian people, inconvenient truth.

In plain speaking English, our kindness is being treated as our weakness.

In plain speaking English, we are being taken for mugs.

In plain speaking English, we are not getting a fair go! Inconvenient truth!

I agree with the new conservative party, The Australian Liberty Alliance when they say we need to have a ten year moratorium on Islamic immigration to ensure our survival.

Those who will disagree will have to show me where in the world this greatly flawed social experiment of enforced multiculturalism ever previously worked.

Those that will disagree will have to show me how Australia will benefit from the implementation of Sharia law.

Un Australian, anti-Australian abhorrent practises have already been established in Australia by radical members of the Islamic community.

The Australian Liberty Alliance members and their candidates for political office have already been described by our press as radicals or extremists. Well, you can count me amongst their numbers because then so am I.

Gird yourselves for battle brethren for the battle is upon us.

I go with my God, go then with yours.