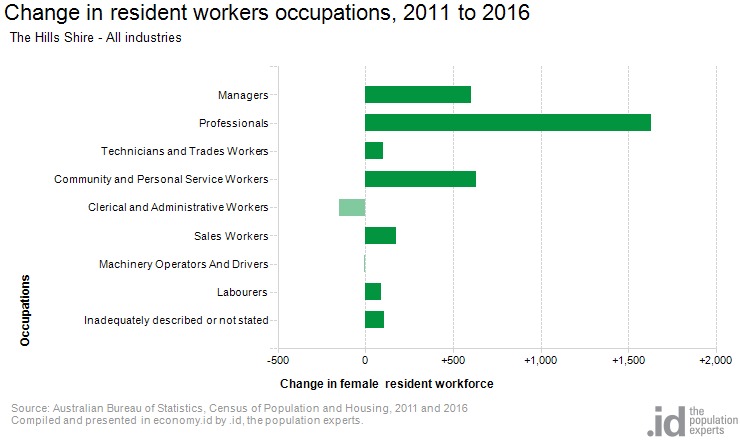 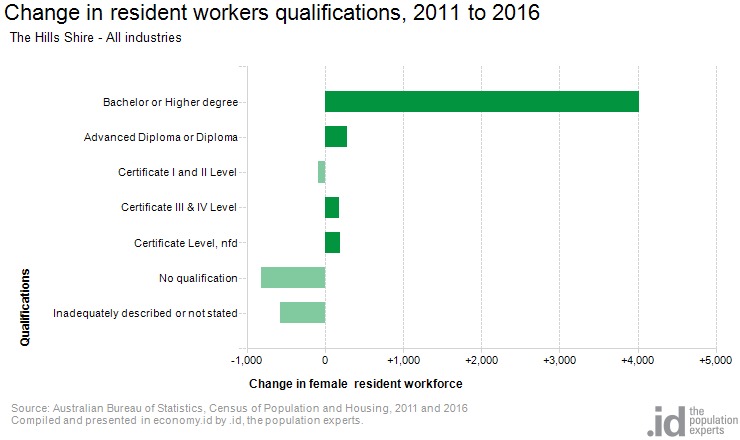 The statistics also show a big increase in the number of female residents with degrees between the 2011 and 2016 census (up by 4,017).

Nearly 4 out 10 of business owners and managers in The Hills (37%) are women, more than the greater Sydney average of (34%).

As International Women's Day is celebrated in March we spoke to female business leaders in the Hills about what they have learned on their journey.

Sonja Palic is the first female chairman of the Sydney Hills Business Chamber in the organisation's 28-year history and is also a board member of the Australian-Croatian Chamber of Commerce.

When she joined her husband's company, Entrax Commercial Interior Fitouts, as business manager seven years ago one of the first things she did was look for a business chamber to join.

"I thought I would join a chamber to get more referrals and grow the business. But it was so much more."

"To me it was an education... meeting like-minded people and knowing the right people that could help grow your business in so many other ways."

"In business today, it's not enough to learn about your own business you basically have to know what is going on in every business to stay ahead otherwise you will get left behind."

"When I joined the SHBC seven years ago there were under 10 per cent of women in the Chamber... we are now up to over 30 percent female members which is fabulous."

This year, there are seven women on the 10-member SHBC board.

"The quality of the board members is amazing," says Palic who says skills were the main concern, rather than a gender balance."

Her working life has involved many industries and different business opportunities as well.

"Growing up I always wanted more. It didn't have to be about money but I wanted to make a difference, I wanted to be my own person.

"I am passionate about getting more women in engaged in leadership.

"They doubt themselves or their ability. They think they don't have the right skills set but the men just put their hand up and go for it.

"Women will think, 'am I good enough to do it?'. But they need to step up to the challenge. "

She said the skillset learned from being on a board is invaluable.

"Education is the key to stay head for any business. Always be informed on what is going on around you We have so much information available to us 24/7. Utilise it."

Kerrie Sheaves is the managing director of the Foundational Business Centre, a business solutions company which also works with not-for-profits.

She is on the board of several charities and is co-founder of the charity Bring A Mate.

Business has always been on her mind.

"I finished my HSC on Friday and started work on Monday.

"I wanted to work my way up the corporate ladder. I have always loved business. "

Her corporate career included senior management roles for PwC Australia, MCI Worldcom, AAPT and Optus. It was a world she left behind 12 years ago to start her own business.

She believes two factors act as a barrier to women in leadership both of which can be changed.

Barrier one is women's low esteem of their ability to lead others in that space.

"They doubt their potential and so don't take on leadership positions as a result," she said.

The second barrier she sees is that many women see other women as competition and therefore a threat.

"Instead of collaborating and supporting each other you get that sense of competition... they almost sabotage each other," she said.

"It is a barrier that should not be there. Women should support each other."

"If you really want to create a position of leadership be someone who wants to lift other people up, someone that wants to collaborate and has genuine care and interest for other people."

"An abundance mentality is about building relationships and supporting each other, leadership by example and encouraging each other.

She says many women are invisible leaders.

"There are a lot of women leading from the engine room. They are not standing necessarily

at the front doors but they are making the internal decisions to make things happen. They are the ones driving that business forward.

"Leaders can quite often be the servant leader behind the scenes."

While many women run their husband's trade business and do the books they often do not have a title or even a business card.

"There are lot of invisible leaders who don't actually consider themselves a leader because it's not their name on the front door.

"They say I just do the books but they are an operations manager. If more women gave themselves a title they would see themselves as a leader." 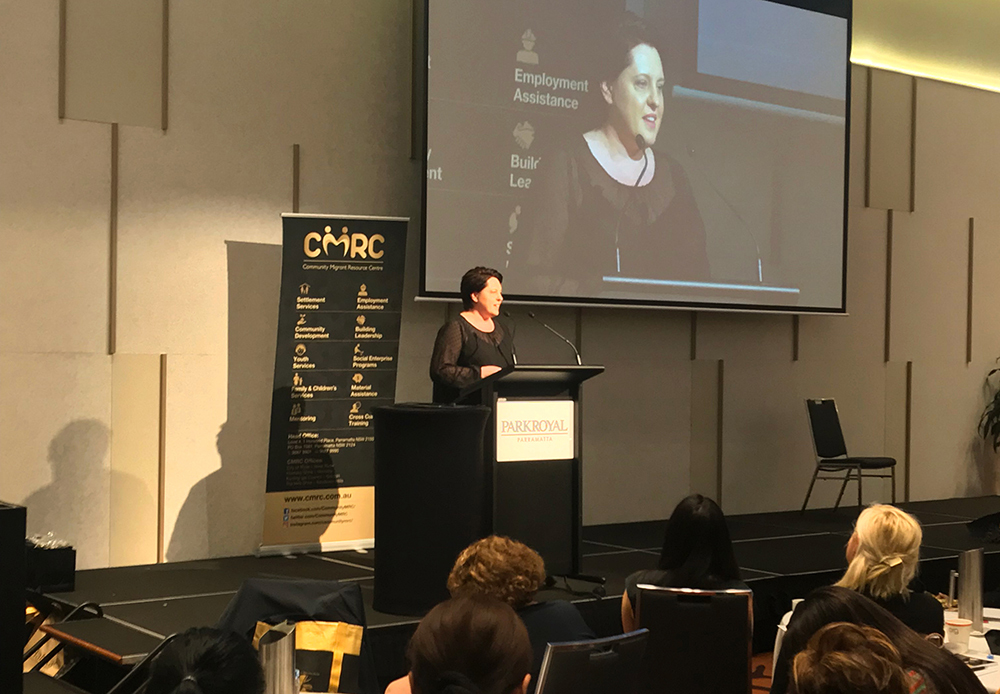 Melissa Monteiro is CEO of the Community Migrant Resource Centre and for the past 18 years has managed the not for profit community organisation providing settlement services.

She is passionate about migrant and refugee women, humanitarian resettlement and social justice issues.

She is Chair of the Settlement Council of Australia, a Board Director of the Western Sydney Community Forum and Director of the Lisa Harnum Foundation, anti-Domestic Violence Services and Shelter and is on the board of the Anti-Discrimination Board of NSW.

CMRC is currently involved in setting up the not for profit group Indian Women Empower (IWE) to provide employment pathways and domestic violence services to vulnerable women. It will be launched in March.

"Integration into the wider community is a challenge for many migrant women."

She said barriers included: lack knowledge of the laws in Australia, lack a sense of place and belonging, lack communication and marketable skills, lack of social support, lack of knowledge of the services and support structures available.

"My advice to women is to have a goal, nourish themselves, continually evolve and adapt, be focussed, embrace change and be strategic and give from an overflowing cup at all times. If your cup is not overflowing it will dry."

While from very different industries and background all three female leaders stressed the importance of evolving, learning, connecting, and supporting others.

The biggest hurdle for many women in business is acknowledging their own skills.

The Hills Shire Council is a Gold member of Business Alliance NSW.