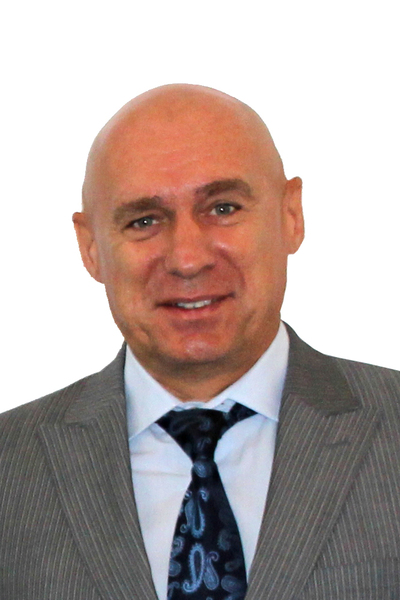 I close my eyes, connect myself with the Universe and send a telepathic message to the red-suited, white-bearded roly-poly man. ‘Dear Santa, please give business people a little more common business acumen and give us the goodwill to respect each other in the manner your largesse demonstrates as we near the festive season.’ Yours etc.

Please don't be too harsh on me, I know this is somewhat of a pipedream, but you must agree it’s worth a try. If it doesn't work, at least we have someone to blame and good old Father Christmas has a thick skin –it can never be our fault after all!..

Some of you might remember my “Dumb or Dumber” series. In one of these I shared a story from experience. It was quite a situation when our family lawnmower escaped from a repair shop into another realm, came back in a different colour with quite a few upgrades several days later and finally ended up in my garage. It all happened because of our dealings with one particular guy who owns a lawnmower repair shop. He gave me an excruciating story, convincing me that my 10-year old lawnmower was not red as I suspected all those years. It was actually blue. That's a smidgen of the whole tale. He gave in still trying to excuse his indolence.

There was another interesting one where a guy was in the process of training his donkey to eat less and less so he could stop wasting his money on constantly feeding the hungry animal. But the donkey didn't appreciate this outstanding business plan and died just one day before the final goal (where the donkey would cease eating altogether) was achieved. This is an apocryphal Middle-Eastern folk yarn I read when I was a kid. Back in those under-developed times, we used to read these strange things called “books”. But that’s another story.

Now, this donkey fable is quite real in our day-to-day business routine.

We had a guy recently through our office who initially ordered a set of 250 business cards and then he altered the order. Fair enough, that’s his prerogative. He turned his initial order into 2,000 A4 flyers. However, the 2,000 flyers must come with the same price as the original business card order – both of them are printing jobs, aren't they? That's why! We didn’t quite get this novel logic.

An Economic Development manager of a local council replied to my business proposal that their economic development strategy is much “broader” than my plan, an opinion which I happily accepted. I followed up with a request to send me their “broader” economic development plan to get my understanding right and fine tune my proposal. Well, the answer was that the plan was not ready yet. It must be really broad!

So, I will be writing my letter to Santa very soon with a fairly short list of gifts for me though including a very important general one. ‘Please have people pretend less. When they say something they have to mean it. Just a return of common courtesy would be a great reason for celebration.’

It should be the norm that when a person says, “Yes” every few seconds, nods his head non-stop and puts on an excited persona that he means to convey to others that they should receive and trust his words and actions as an acceptance.

“You gave someone your word – keep it. Be honourable…”

We need to respect each other more and simply be transparent rather than pretending and putting on a facade. Let’s start doing and saying what we really mean and bring truth and humanity back to our lives.

A safe, happy Christmas and prosperous new year to all.