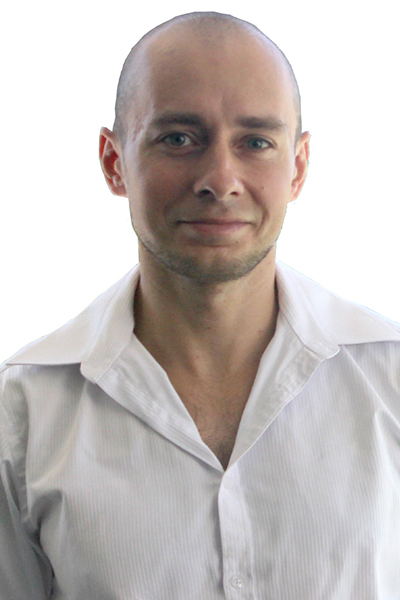 The most straightforward way to describe what IoT stands for is to have look at existing definitions:

"The Internet of things (IoT) describes the network of physical objects-a.k.a. "things"-that are embedded with sensors, software, and other technologies for the purpose of connecting and exchanging data with other devices and systems over the Internet." - Wikipedia

The simple answer is that IoT describes a world where devices that are connected to a network and have the (theoretical) ability to speak to each other and other systems.

Looks like a simple enough concept. The idea of connecting devices (other than computers) to the Internet for various purposes isn't new by any means. Indeed, the first appliance to be connected to the Internet is a University Coca-Cola vending machine - way back in 19821. At the time, this would have been a very novel experiment and a ground-breaking development - the particular vending machine was able to report on stocked inventory without human intervention.

These early experiments had limited real-life applications at the time; however, they paved the way to kicking off the interconnected world.

Has progress been so slow?

A lot of time has passed between 1982 and 2021 and many new developments happened during that period. As of today, we think nothing of a connected industrial device that feeds data into a system for reporting and analysis purposes - but we still have not yet reached that critical point where connected appliances are ubiquitous and our toasters estimate and report on our daily bread consumption (without our knowledge or consent, ofcourse). Connected household appliances are a relatively new development and have not yet become completely intertwined into our daily life; with the exception of a minority that decided to keep ahead of the curve and went out of their way to automate their homes with new technology.

Where are the barriers?

As it stands today, the progress of IoT is pretty much only constrained by network bandwidth limitations, as well as some fringe technical issues that will be resolved in the future. Indeed, the reason why IoT is quickly becoming a reality is due to the major breakthroughs in both wired and wireless data transfer capabilities.

One can see big jumps in our "overall level of connectedness" by tracking leaps in technological progress such as the transition from dial up connections to broadband, and the increase in data transfer rates of mobile networks. The roll out of NBN, unlimited data and 5G are all steps that take us closer to IoT.

Wi-Fi may be a convenient development that allows us to have homes devoid of cable clutter, but when it comes to IoT, it's just a stepping stone. You can already see Wi-Fi capabilities integrated into home appliances - robotic vacuum cleaners, smart refrigerators, smart plugs to control devices, etc. These are baby steps, but they demonstrate how easily wireless connectivity is integrated into household appliances.

A key takeaway is that appliances hooked up to local Wi-Fi networks are still technically isolated from the rest of the world. They are not exposed to the outside world per se - this will change in the future with implementation of new technologies and standards.

"5G is the foundation for realizing the full potential of IoT. While 5G is set for commercial availability sometime around 2020, the industry is already working to develop new global standards and pre 5G products to benefit industries everywhere." - Ericsson website2

The jump to 5G is a critical development. Why else would governments around the world be so protective as to which entities they let develop and supply this technology?

Mobile networks have been jumping to the next "G" for some time - 2G, 3G, 4G. The transition to 5G is a bit more important - this technology will offer bandwidth and performance of such capacity, that the limitation to connecting every device you may have to the Internet is effectively gone. Sure, a GPS tracker to keep tabs on employees worked just fine on a 2G network - but the performance limitations were such that it wasn't enough to warrant connecting more sophisticated devices that require higher bandwidth.

This is how far the technology has come:

* With General Packet Radio Service (GPRS), 2G offers a theoretical maximum transfer speed of 40 kbit/s.3
* 5G speeds will range from ~50 Mbit/s to over a gigabit/s.4 There are already developments in place to allow significantly higher speeds.

The fact of the matter is that 5G is expected to be faster than NBN. This new technology
will revolutionise the Internet once again and will allow for the connectivity of an enormous amount of devices to the World Wide Web.

later, due to development of electric vehicles and self-driving capabilities.

And for those paranoid about the health effects of 5G and electromagnetic waves? There is plenty of official scientific data on this matter. I recommend a quick read of the statement available here: https://www.health.gov.au/news/safety-of-5g-technology (Professor Brendan Murphy, Australia's Chief Medical Officer), and this page at the International Telecommunication Union (ITU): https://www.itu.int/en/mediacentre/backgrounders/Pages/5G-EMF-health.aspx

You may have not heard the term "IPv6" before. It stands for Internet Protocol version 6.

This is a new communications protocol for the Internet that has been ratified as an Internet Standard in 20175. This protocol will eventually be implemented in full and it is of critical importance to the progress of IoT.

Without getting too far into particular details, the key factor with this protocol is that it's a fairly major change from the way the Internet works at the moment - at least on the technical level. The current protocol that makes the Internet function is called IPv4 - it is also the original protocol deployed in 1982. That's right - our Internet is still working on completely out-of-date principles developed in early 80s. We may have moved into the world of being constantly connected to friends over social media and rely on our remote-controlled Wi-Fi-connected robotic vacuum cleaners, but in the end all we have effectively done is piled a bunch of new ideas on top of obsolete standards that simply can't keep up.

And how, would you say, the current Internet standards are not keeping up? Everything appears to be working fine? Not quite - the Internet is a bit of a patched-up mess at this point. One of the major limitations of the current IPv4 standard is the number of unique IP addresses on offer - around 4 billion to be precise. This means that there are only so many devices you can actually connect directly to the Internet. The Internet, as it stands, is literally bursting at its seams - this issue is called "IPv4 address exhaustion" and it's a big roadblock to further progress.

This dilemma would have been catastrophic was it not for proliferation of routers and a technique known as Network Address Translation (NAT). Your typical "Wi-Fi Router" that serves as your gateway to the Internet at your house or office is actually an ingenious device that allows multiple devices to connect without pinching valuable IP addresses for themselves. Were it not for this technology, you wouldn't be able to have a "Smart TV" in every bedroom.

This problem needs to be resolved one way or another.

The deployment of IPv6 effectively solves this issue. This new protocol removes the address limitation by allowing for a (virtually) unlimited amount of IP addresses. It also removes the need for the NAT barrier and restores end-to-end network connectivity. Devices now have the ability to talk to each other and have inbound services without limitations.

What this means is that IoT becomes truly possible with IPv6, unlike with IPv4. Once the transition happens, your robotic vacuum cleaner will, in theory, be able to start communicating with your neighbours fridge (!). This isn't a joke by any means - it will be reality...

While the transition to IPv6 isn't something that is often talked about outside technical circles, it is critical development. Unfortunately, it is not possible to simply changeover to this new protocol, as there is too much tied up and dependent on the current architecture. When it comes to the original IPv4 standard, we have a good example of being asleep at the wheel and not taking collective steps to address the problem at an earlier stage - it was quite evident that Internet was rapidly growing and something had to be done quick to fix the IPv4 address exhaustion issue before it became a real problem. Because of this lack of action, the changeover will now take a long time and we will be missing out on functionality that we could be enjoying right now.

With so many devices connected directly to the Internet, security is bound to be a concern.

The current setup with NAT is convenient in that it allows vulnerable devices and appliances to be hidden away from the outside world. An assumed feature of consumer-grade routers and NAT is that outside intruders cannot connect to your devices directly without explicit exceptions - hence your home network is more or less safe.

However, the eventual goal with IPv6 is to get rid of NAT and expose devices to the world wide web to allow for end-to-end connectivity. This will require a different approach to ensure security is maintained.

Given that security is now a priority, you can be assured that new developments will be in place to ensure that such devices are unlikely to be compromised. For example, the new IPv6 mandates security features to be included in the protocol itself - while IPv4 does not have such a requirement. IPv4 was developed prior to security being a concern - this protocol allows for completely unsecured and unencrypted connections, where data can be easily intercepted. While an additional security in the Transport layer is possible for unsecured IPv4 connections, such as the ubiquitous SSL/TLS concepts that offer encryption (will sound familiar if you have dealt with purchasing "SSL certificates" for your company website), the protocol itself still allows for unsecured connections. This issue will be addressed with IPv6.

Having said that, billions on random devices connected to the Internet will still be a security issue in one form or another. The security policies surrounding devices with video and audio capabilities installed in your home will no doubt be of critical significance. You can be assured that it will still be up to you, in the future, to research as to what data is gathered by your new appliance and what this appliance can do with the data with or without your permission.