Born in the rural outskirts of Sydney, John's passion for any animal or fish was obvious from the beginning. It's no surprise that from that early love, John now owns and runs one of the largest pet store operations in Australia - a superstore that offers support to all pet owners at every stage of their pet's life cycle. From birth, to rescuing, to sheltering, to nurturing, to providing ongoing support, to rehoming - John has built a pet eco-system that shepherds every animal and their owner through the joyful experience of pet companionship. 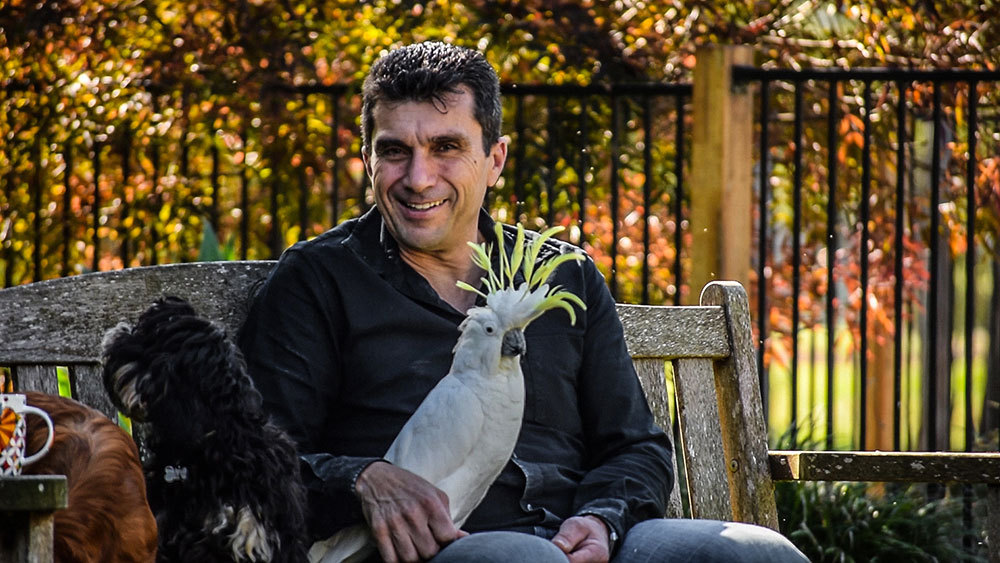 Let's go back to how this all came to be.

John's father was the well-respected local GP. Once a week John achingly looked forward to his special treat of going with his Dad to his surgery in the nearby town. It was a short trip to town, but for John it was the longest road to paradise. As soon as the car pulled in to his father's practice and the handbrake was cranked on, John was out the car door and down the street. His destination was the town pet store. John spent hours in the store. Gazing at the feather coats of the birds, staring at the playful antics of the pups and kittens, John had found his paradise. Peering in to the eyes of each of these animals John would wonder about their knowing and their experiences. He felt a type of fascination and connection with each of the animals. It was another world to John and one that he felt splendid comfort in. John would see uniqueness in each animal, just as his fellow humans displayed levels of individuality in their own way.

Every time the family headed off on any type of holiday, John would research the destination and seek out the local pet store. The highlight of each excursion was never just the normal tourist landmarks, it always included visiting a pet store or two.

These pet stores weren't John's only link to animals, as John lived on a farm with chickens, cattle, horses, dogs, cats, and rabbits. The connection with domestic animals was profound from such an early age. He was surrounded by animals - it was part of his daily life.

In his final years of schooling it was inevitable that John had to start his own pet business, selling birds and fish on weekends, out of his home driveway. It was a rudimentary and basic operation. The first shipment of stock was bought with proceeds from the sale of John's prized BMX bike and motorbike.

Hand-painted signs told every passer-by that birds and fish could be bought right there.

All great enterprises have to start somewhere. Steve Jobs after all started the world dominating Apple Company in his own parent's garage. Likewise, John Grima started Kellyville Pets in his parent's driveway.

After graduating from high school, the weekend pet store operation became a full-time store front. The year 1983 saw the official opening of Kellyville Pets. John continued to focus on aquarium fish and birds as the core part of his operation and started to learn about the world of business. Nothing like practical experience. Mistakes were made, risks were taken, setbacks occurred, and lessons were learnt. The proceeds from every sale was put back in to the business and the weekly wage that John paid himself was negligible. John sacrificed just about everything for the business, so determined was he to make it work.

Very soon the business showed signs of growing. Recruiting staff became necessary. Business started to boom in the early 90s with about 30 employees working at Kellyville Pets, making the enterprise one of the major employers in the community.

The business started to outgrow its present building and it was time to expand to a new location. Building approval was granted in 2000 and John's vision of a state of art pet shop gained clarity in his mind over the next few years.

John always had a clear vision of what he wanted and so the next version of Kellyville Pets was to be an ultra-modern facility that catered for every aspect of pet care. Most importantly, it was to be a facility that genuinely showed that the care and comfort for all animals was its number one priority. Animal enclosures were expertly designed, lighting and ventilation were carefully planned, easy access for all customers was ensured.

The new premises were run by well-trained staff and stocked with premium products. John needed everything about the new facility to focus on the welfare of all animals. 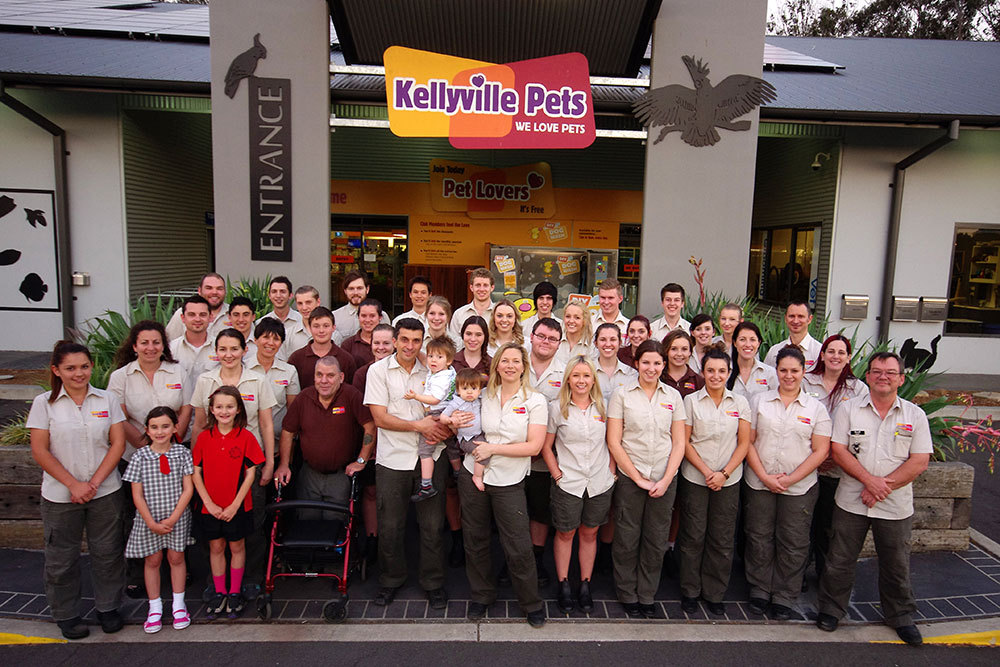 In 2008, the all new Kellyville Pets opened its doors to the public. The premises also house a grooming salon, DIY dog wash and a vet hospital, as well as all pet store functions.

What hasn't changed throughout this period of growth is the dedication to the highest standards of animal welfare. John has always been determined to ensure that any animals that come through his doors are treated with quality care. His customers have come to know that they will receive a value-add service and premium product when they visit Kellyville Pets.

The new premises maintained the business model of providing specialist advice for each animal type - the bird area was separate to the fish area, separate to the reptile area, and separate to the small animal area. Specialists in each of these different animal categories were employed so that expert advice was available in the right location at all times.

These strategies are not the cheapest way to run a pet store, but John's reputation as a trusted provider of pet care to all was never going to be compromised.

John's vision has always been beyond the definition of a typical pet store. This is perhaps best illustrated by the rehoming program. This program is available to anyone who has purchased a pet from Kellyville Pets and after some time, for whatever reason, the owner has found that they can no longer care for the pet, Kellyville Pets will seek to find a new home for the pet.

Kellyville Pets now has over 60 staff working at the facility and they are the business's biggest asset. The staff are all extraordinary in the way that they contribute to the running of the store and share John's vision of creating the best Animal Care business in Australia. They love coming to work and they love helping their customers make visiting Kellyville Pets the highlight of their day. 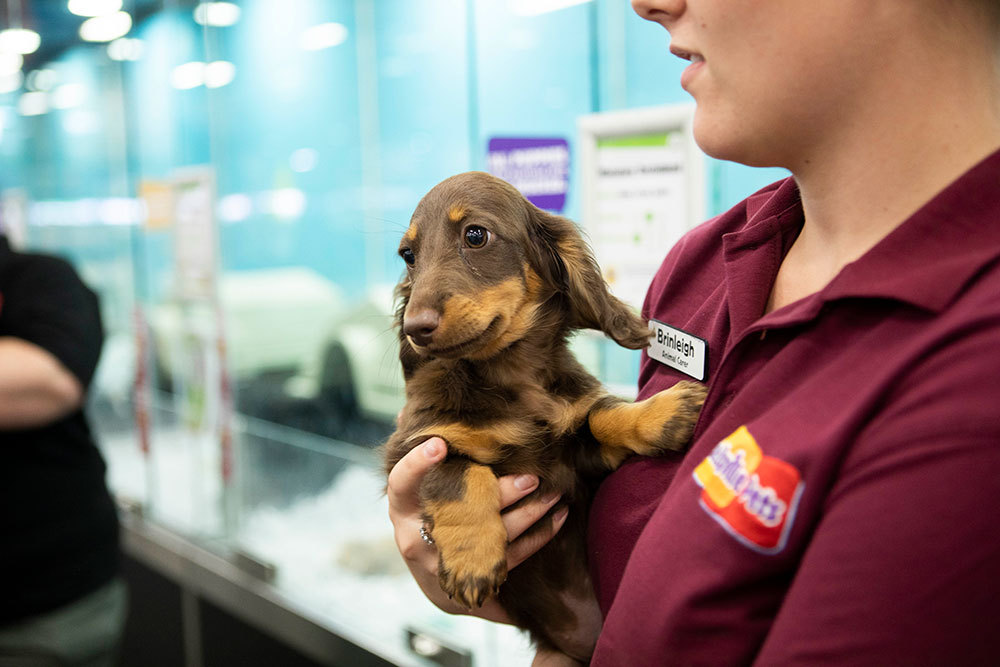 And the love is regularly returned. The team are frequently asked to set up displays or similar at various local events. For instance, Kellyville Pets is a regular participant in local community events such as the Seniors Week celebration. At one event the store had a live display of some animals, including a snake. The snake is very much a maligned species, probably reaching back to the role it had in biblical times. So it can be a brave decision to decide to adopt a snake as a pet - but many do.

The men at Seniors Week displayed their bravado by claiming that the "best snake was a dead snake", and no way were they going to go near one. We would, of course, debate that this is not the case and all snakes are fascinating animals. But from across the room charged a lady who was mesmerised by the friendly python on display. She just had to have a hold. The 103-year-old local identity declared that it was an experience that she had never had prior and was so thankful for being able to touch, hold and feel such an animal. It was a lifetime highlight for a lady who had many in her long life.

Store staff are encouraged to undertake some form of tertiary study in veterinary/ companion animal care or similar, and many staff now have formal qualifications. A business like this just has to be successful with qualified dedicated specialist staff every day showing a deep love for their work and their customers.

Kellyville Pets is an ethical business seeking to provide premium products. Importantly, the business works closely with all breeders to certify that quality animals are brought in to the store for selling. It is both a business priority to vet the prospective owner so that a good match is made between the animal and the owner; and it is just as important that the right breed of animal is made available for sale. 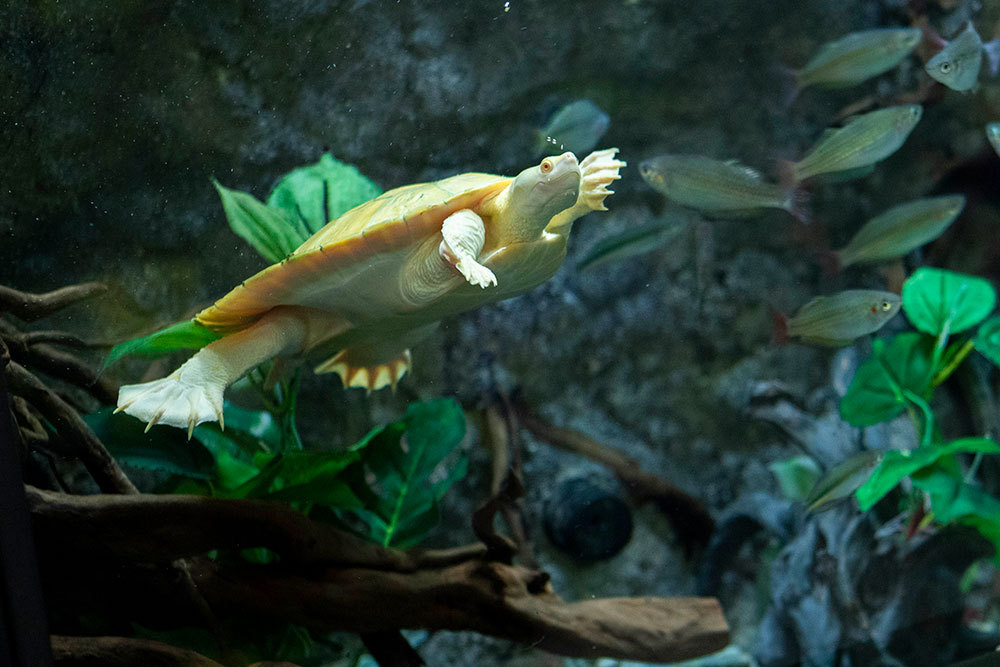 In some parts of the industry, there is evidence of poor pet-owner experiences and some animal breeding programs are not as ethical as need be. John is keen for this level of under-regulation to be addressed and is using his position on the Pet Industry Association of Australia to improve conditions and introduce more stringent regulations across the industry. To the point where all pet breeders and pet stores should be subject to strong licencing laws.

John continues to grow his business with plans to further improve the sale of pet products online. He has also expanded the education department to Kellyville Pets' many faceted offers, which just about completes the total world of pet caring. He strongly believes that educating customers on the right pet choices for their lifestyle will make for better welfare outcomes long term. No wonder John no longer refers to Kellyville Pets as a pet store, but rather as a Companion Animal Centre.

John Grima has achieved something that very few people in life have been able to achieve. Very early on he found something that he loves doing, something that he has a passion for. John was able to convert this love and passion into a business that the community wanted and were prepared to reward John for providing such a quality service.

The themes that have emerged from John's success are to do with persistence, a positive staff culture and work-life balance. As John explains, "In anything you do, persistence is everything. Nothing happens as quickly as you imagine it will. Also, staff culture is key. You're only as strong as your weakest link in your staff. In creating a strong staff culture, it has to be a win for everybody."

In emphasising the importance of leading a balanced life, John says, "A lot of people fail in business because they focus too much on the business and don't have a balanced lifestyle. My best ideas have come to me when on holidays when I was doing something other than work. You should have two consecutive days off each week and go on a holiday every year as a minimum. If you don't have balance, you won't perform as well in your business."

John's drive to create his business wasn't without risks. He took calculated financial risks that tested his mission to provide an optimum companion animal centre for all that wanted it. He suffered some setbacks that slowed down the growth of the business. These hold-ups were just that, hold-ups. With John's mission mapped out before him, success was inevitable.

It is now time for John to review the progress of the last thirty years and seek to continue growth in the right direction. His highly motivated and dedicated staff are self-directing and effectively managing the business themselves successfully. John is in a position to revert to the role of Managing Director and establish a clear strategic path in to the future for Kellyville Pets and its mission.

All of those who know John well, know that he is not even halfway along that path.