Alldrone 360 World is the brainchild of tech-savvy genius Stephen Smith of Dee Why in NSW. When he was introduced to John Kendall, (Jack) of Geelong, Victoria an unlikely business partnership began to form, and the two became known to each other as 'Bat and Ball'.

Through conversation, they quickly discovered that they both went through the NSW schooling system at the same year level, albeit in different high schools. They were amazed when they realised that at precisely the same time Jack suffered a hit to the head with a bat, Stephen was on the receiving end of a hit to the head with a ball. While both lads were simultaneously seeing stars, they now believe a cosmic connection was forming. Sometimes the universe just conspires to make things happen and unknown to either at the time, their paths were headed along the same trajectory. Their long-awaited encounter finally happened in September 2019 - an instant connection was realised and a strong mate-ship was formed. What immediately followed was much talk, laughter, food, early morning swim sessions at Dee Why beach and late-night thought-provoking discussions. A partnership was cemented and 'Alldrone 360 World' sprouted life. 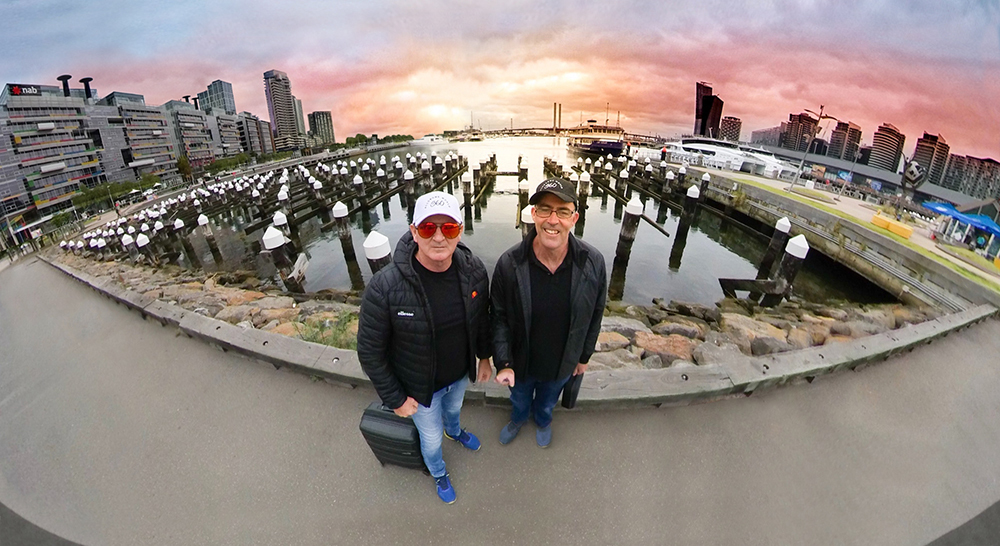 Stephen, an aircraft engineer by trade, has been self-employed in a variety of businesses for the past 28 years, applying his technological skills to advantage. Each business Stephen operated, won awards for 'Business of the Year' in their respective fields, testament to his dedication, hard work and intellect. He started flying drones 5 years ago and this progressed to the production of high-end videography.He then discovered his true passion, the art of 360 imaging, managing to combine his natural artistic and creative flair with his vast technological knowledge.

Jack also has a strong business background. Initially involved in catering onboard merchant vessels, he then moved on to run his own successful restaurant for 3 years. Jack then went on to become Operations Manager for 'Spotless Catering' in Brisbane and was responsible for over 300 staff and overseeing all catering needs at the 'Gabba' sporting ground. When the company's contract finished ultimately finished, he took over the catering at Channel 10 in Mount Coo-Tha, Brisbane which he enjoyed immensely. After being lured to Victoria to help family set up a new business in the 'Antiques and Auction' field, he then went on to quickly learn a complete set of new skills, constantly evolving his business expertise at the same time.

After collaborating with Stephen, Jack has again embarked upon a new challenge, meeting and engaging with other small business owners to help them grow and develop with the assistance of Alldrone 360 World. With his first-hand understanding of the struggles and needs of small businesses, combined with his lifelong enthusiasm towards helping others, he is thoroughly embracing his new role. Jack can artfully relate to business owners, how being connected to a network through Alldrone 360 World will immeasurably increase their website traffic and profile within the community. Jack skillfully and succinctly presents the concept to potential customers while Stephen knowledgeably addresses each technological query or concern. 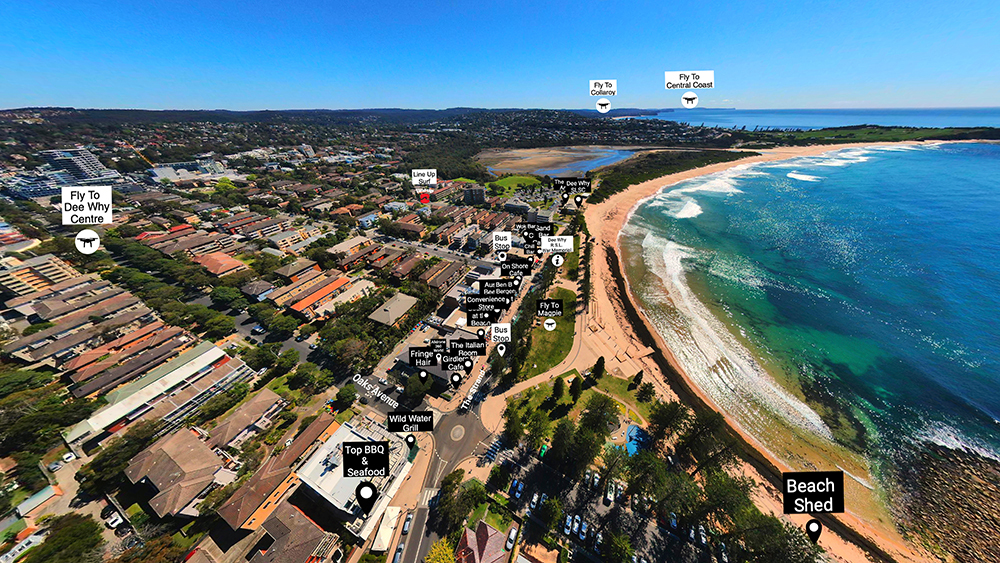 Alldrone 360 World's concept is simple and has already had amazing results in reconnecting communities to local businesses in the Northern Beaches suburbs of NSW. With the use of innovative and interactive maps, they cleverly link hotels, restaurants, cafes, shops, museums, parks, pools, gardens, parking, airport/bus/train/ferry timetables, as well as all local attractions. Stephen's vision and ingenuity has made possible a unique way of connecting small businesses and communities in a way that has never been obtainable in the past. The power of sharing and connectivity through social media platforms has untold exponential growth.

Furthermore, Alldrone 360 World guarantee top Google ranking for the business website and Facebook page. Stephen has cleverly incorporated Smart White Hat SEO with key words and meta data encrypted inside 360 images. This ensures the strongest of ranking signals in Google's algorithm. All this is incorporated smartly in the background. Stephen's priority was to make Alldrone 360 World a user-friendly experience. Being a lover of technology, he is personally frustrated and saddened with the way the Tech Giants are abusing their power by creating constant pop-ups and advertising. His aim has always been to make Alldrone 360 World a breathtaking experience from start to finish. Easy to use and visually enjoyable. "This will never be compromised".

Stephen has lived his life by the motto "If you give in life you have everything, if you take in life you have nothing". His nature has always been to rescue and nurture. He states he has been rescuing animals and people his whole life. A move to rescuing struggling businesses is a natural evolvement for Stephen. 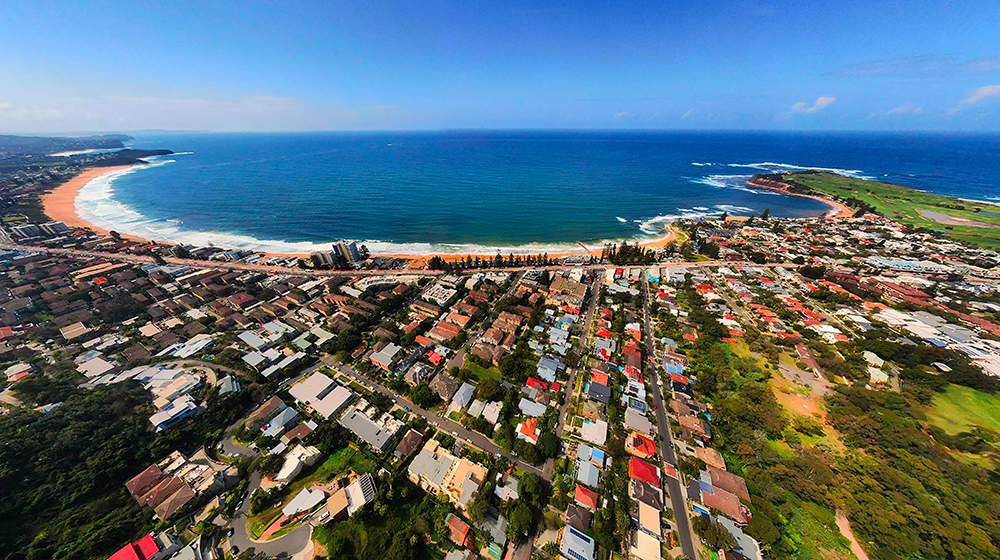 A recent example of this is 'Two Shores Caravan Park' at The Entrance, NSW Central Coast.

"Not so long ago, they were struggling and could see no way out. Even Google Maps had them tagged with a totally wrong address and they were powerless to change it. After making Two Shores Caravan Park, (and all nearby facilities including transport options), visible on our maps, we have helped to turn the business around. We connected them to other businesses who are all linked and sharing via our visual 360 Image maps. They are now booked solid for 2 years in advance. The positive feedback we have received is incredulous and I have personally experienced a great sense of pride and fulfillment" Stephen said.

If Jack had to convey a personal motto it would be: "The harder you work, the luckier you get". An adage which is so often flippantly thrown around in modern society, however, Jack's whole life is a personal testament to the veracity of this age-old statement. And now, he will stop at nothing to realise Alldrone 360 World's mission - "reconnecting people to small business".

Stephen and Jack are knowledgeable, dedicated and passionate. Businesses can always be assured of 100% commitment and support. The way these two professionals work together and bounce ideas off each other is positively inspirational. Perhaps there truly is some cosmic connection between Bat and Ball!