Gary Edstein has worked in the transport industry for 41 years. Longevity, they say, is the progenitor of loyalty. Serving to underline that theory is the example he epitomises of a life spent in just two large entities. The first eleven years was with Trans Australia Airlines, predecessor to the domestic arm of Qantas, and the second period with DHL. 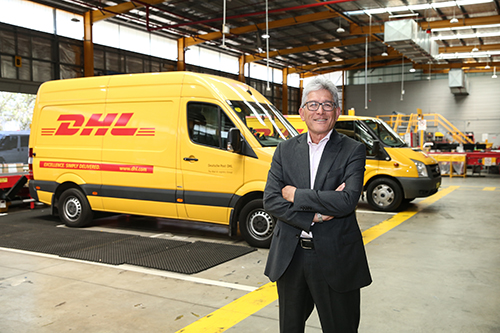 Just over thirty years ago, he strode through the door of DHL’s Melbourne office to take up a role as Sales Manager for Victoria. Australasian Sales Manager, based in Sydney quickly followed. Six years later he moved to New Zealand as Country Manager, and in 1998 was promoted to Country Manager, Australia.

In 2000, Gary transferred to Tokyo to establish a new DHL entity, Global Customer Logistics of which he became a Director. That project successfully founded, he returned to Australia at the end of 2001.

In 2003, DHL had become wholly-owned by what is now called Deutsche Post DHL (DPDHL) and Gary was appointed Senior Vice President/CEO of DHL Express for Oceania. It’s a position he continues to occupy and he is responsible for DHL Express operations in Australia, New Zealand, Papua New Guinea, Fiji and the Pacific Islands.

As CEO of DHL Express in Australia, Gary’s responsibilities are extensive. The company has more than 1,500 employees on its books. In worldwide terms, the parent company employs over 100,000 staff in 220 countries and territories. Overall, the four divisions of DPDHL Group generated revenues of more than 57 billion Euros in 2016. 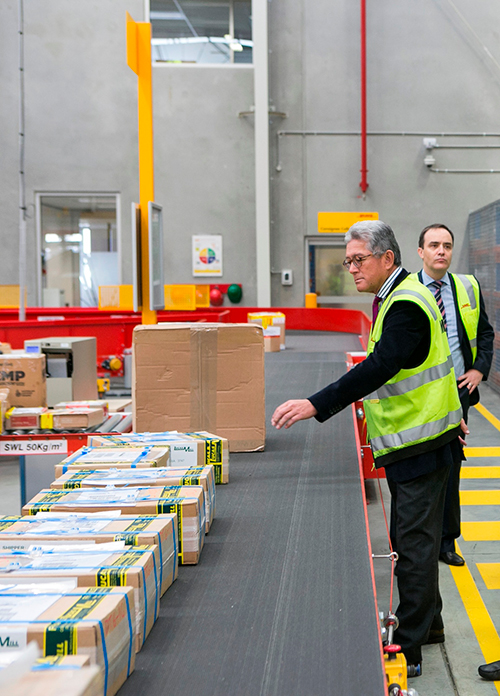 As an unabashed company man, Gary Edstein proffers no apologies in advancing the cause of DHL. Being one step ahead of the game for him involves staying in tune with the market and its trends.

“We embrace change, we evolve, we re-invent, it’s never dull,” he says of his almost fifteen years at the Australian helm.
In the case of his company, this has meant the transformation of the business from one of document delivery to the movement of parcels, both outbound and inbound but now on an infinitely broader worldwide scale. In more recent times, DHL has taken on a greater business-to-consumer role lessening the traditional business-to-business model.

“Technology and e-commerce have driven these changes. The whole world is now within easy market reach. In just two years, we have gone from delivering 45% of our volume to residential addresses to 60% due to the popularity of online shopping, thus offering consumers a chance for choice.”

These developments have encouraged DHL to build an even greater relationship with end-users who are ordering online. The global e-commerce push has seen huge increases, both in numbers of shipments moved and in their spread among more than 220 countries globally.
To service these demands, the logistics involved are staggering. DHL owns and operates a fleet of 250 aircraft, operates more than 50,000 service points and maintains 30,000 vehicles. Five hundred of these, prominently adorned with the DHL logo, are meeting consumer demand all over Australia. 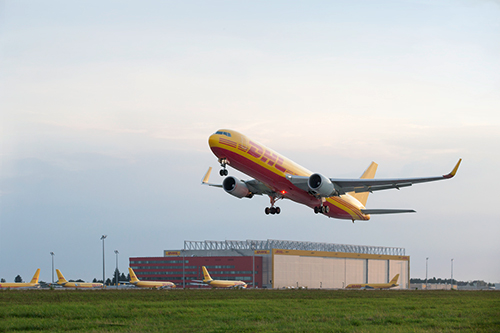 “Every day we move thousands of shipments across the Tasman Sea in our dedicated air freighter,” says Gary. “This year marks the 25th anniversary of having a dedicated plane connecting Australia and New Zealand, which enables overnight delivery between major cities, and is a major service offering for our customers.”

Movement of goods between countries is not, it must be remembered, the same as a movement from say Mascot to Sydney CBD. This is where experience in the industry tells. Under their well-developed logistic processes, the vast majority of goods coming into the country from overseas have already been cleared by the relevant government authorities before the arrival date.

“Because of the emergence of online shopping and residential deliveries, we have developed software called On Demand Delivery. While still in transit, we can send the customer a notification that enables them to tailor their preferred delivery option.”

These options include the availability to select the date and time when the goods will be delivered. Someone other than the end user can be nominated as having the authority to receive the goods, such as ‘Leave with Neighbour’ and the consignee can even choose to defer delivery if he or she  happens to be away.

Flexibility of collection points is being developed into a fine art by DHL in its quest to provide greater consumer convenience. Such places as newsagents are currently being utilised and the company is researching alternative retail options to suit customer need, particularly out of business hours. 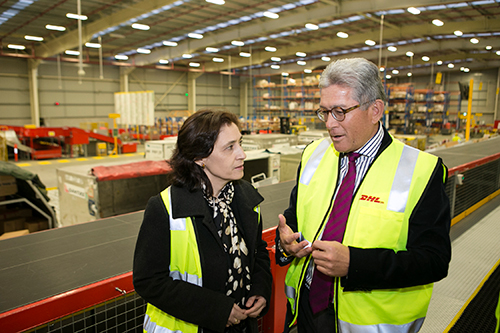 In conjunction with the pick-up locations, DHL is also developing a locker network to be situated within retail outlets and in high foot-traffic areas. A number of these lockers have already been installed in DHL service centres and are receiving positive feedback.
“The whole process from order to delivery is DHL poetry in motion,” says Gary. “We want to make online shopping as easy as possible, as that helps our customers to grow and is a win-win for all involved.”

For would-be Australian exporters at a practical level, e-commerce is also the avenue of maximising profit and minimising cost distortions for goods en route. DHL Express is a key facilitator in the entire process.

“We can assist exporters in developing a distribution strategy, thus enabling them to generate increased exports utilising technology and e-commerce to sell – without the need for costly warehouse or distribution points in the destination market.”

The confidence exuded by Gary Edstein is not based on wishful thinking. The DHL Export Barometer 2017 records the highest level of Australian exporter confidence since 2011.

Significantly, with the local private sector economy residing in a protracted period of wage-growth flat-lining, data shows that 63% of exporters expect to grant employees a wage rise in the coming 12 months. The DHL Export Barometer also demonstrates that export confidence is at its highest level since 2011, with overall positivity in international trade evident. 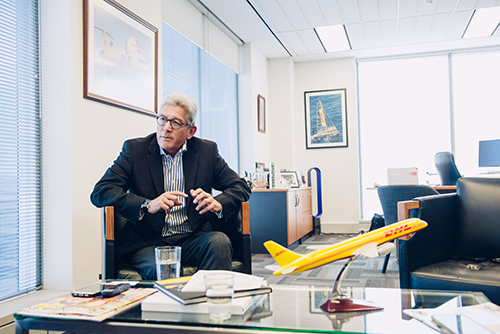 Conducted by ACA Research, 567 Australian exporters were surveyed for the DHL Export Barometer between 6 and 26 June 2017. Its DHL’s 14th such annual research study into Australian exporter confidence. The initiative is aimed at analysing export confidence in Australia and identifying export trends. The nationwide research examines the business outlook of Australian exporters, highlighting changes in overseas market demand and providing insights into the factors impacting Australia’s export trade.

It found that 67% of the exporters surveyed expected sales to increase over the next 12 months. In a clear sign of things to come, the latest figures are just 2% below the peaks of buoyancy seen in 2007 and 2010.

Furthermore, exporters have reported a growth in actual orders, with 56% recording an increase in orders over the past 12 months. This is the highest percentage in over six years.

Gary Edstein is effusive in his confidence respecting export growth and the potential for more.

“Optimism among the majority of exporters is a great indication that the Australian e-commerce market is in a good shape. We are seeing innovative businesses making significant inroads on the global scale, encouraged by the ease of access to larger international markets via e-commerce and online channels.”

A further encouraging sign is the observable emergence of new exporters becoming important players in a relatively short period of time. The figures suggest that new firms and businesses, that might presently regard a venture into the export market as one step too far, should think again.
“A number of newer exporters, or those that have been exporting for less than five years, now make up around one-third of Australian exporter landscape,” says Gary.

Companioning the overall optimism, along with anticipated wage growth, employment opportunities are likely to rise. The figures demonstrate that about 51% of exporters expect that they will hire more staff next year and 63% of them also expect to increase their workers’ wages.

Tim Harcourt, JW Nevile Fellow in Economics, UNSW Sydney and host of The Airport Economist, in commenting on the DHL Export Barometer figures observed, “The research shows that it is getting easier to do business on the world stage. Optimism in exporting has numerous positive knock-on effects for Australian businesses and the economy overall including increased revenue and more job prospects.”

Buttressing these trends, E-Commerce has become the norm and online marketing has increased. A whopping 78% of Australian exporters generate orders from online channels – and nine in ten (89%) of those who export consumer goods, source orders online. Furthermore, 85% of small businesses (those with up to four employees) generate business online. 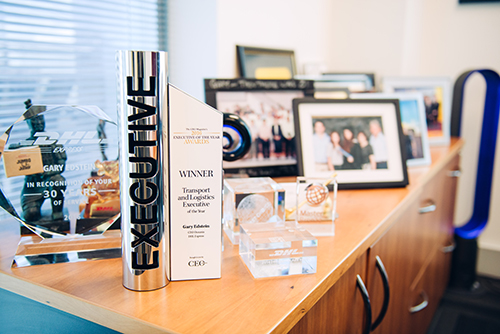 Edstein has looked at the developments over a wider time frame. He says that driven by e-commerce, the profile of businesses involved in exporting has changed dramatically in the past five years.

“We have seen significant growth in SME customers and businesses that send goods directly to consumers – as compared to via a retail presence or an international partnership previously.”

Proving the popularity of online marketing to bring in these sales, a quarter of exporters say they spend 60% or more of their marketing budget on these online platforms. Exporters have poured additional money into the enhancement of their websites (visualisation and usability), improving fulfilment and customer service.

For those new in the game or thinking about getting into exports, there are many things to consider. Factoring in Customs regulations in developing a user-friendly website with all the tools available to expedite shipments of product small and large, are ‘must have’ tools to optimise success.
Says Gary Edstein, “At DHL, we can provide advice that will give the potential exporter a whole network capacity, literally everything for them and the end user just a mouse-click or screen tap away.”

As to speediness on the import side, Gary gives an example of items ordered from London on a Tuesday, such as fashion or component parts, being in the customer’s hands on Friday of the same week.

The company has strived to perfect cost-saving measures so as to avoid storage charges. There are occasions when stock has to be held back and others when deliveries must be strictly synchronised on a ‘just-in-time’ schedule.

As with any on-line operation, the biggest challenges abound when it comes to security.

“I’m not only referring to movement of goods protection, which is a large focus for us, but data. Cyber-attacks are of great concern and we will continue with efforts to protect the integrity of our systems,” says Gary.

But for DHL, it’s not all about just doing business ‘whatever it takes’ but aligning as a responsible partner with the environment. To that end, following a successful trial, the electric Renault Kangoo ZE Van is being used as the company mail car in Sydney, driving between DHL Express offices.

Dependent upon the driving style and conditions, the Kangoo can be on the road for an average of four hours, an equivalent travelling distance of 100 kilometres on a single charge. The vehicle runs on a Lithium-ion battery. Overseas, electric vans and scooters, operate on routes in Germany, Japan and Taiwan.

DHL’s parent company will also proceed with increased production of its own Street Scooter electric vehicle.

Goals for reducing its carbon footprint are not new. Being ahead of the pack, the company has announced a target of reducing all logistics-related emissions to zero by 2050. On the road to achieving this, it has also outlined a number of interim measures. These include increasing its carbon efficiency by 50% and operating 70% of its own first and last-mile delivery, utilising clean transport solutions by 2025.

As a demonstration of its environmental commitment, the group is currently in front of its 2020 thirty per cent reduction target. By 2025, 70% of its fleet of trucks and aircraft will be more fuel-efficient.

“Moving swiftly with every technological innovation, being a responsible citizen of the environment and pointing the way for Australian businesses to handle shipments of goods in the most expeditious and cost-efficient way has been my focus for DHL.”

It is this innovative approach that will guide DHL’s corporate integrity and development to even greater heights in the future.