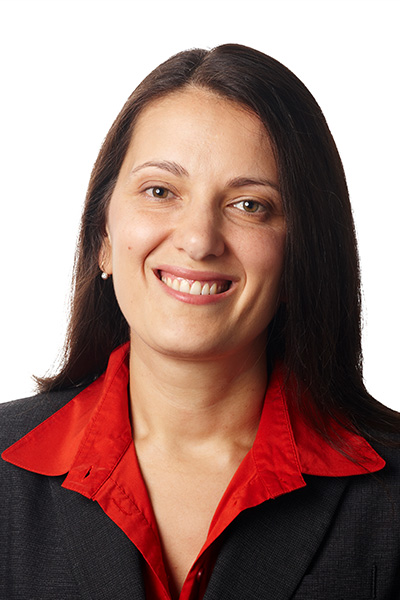 COVID-19 required a strong response. It got one. Not all agreed with various the restrictions, but when the guidelines were followed, COVID cases declined.

Saving lives and preventing the health system from being overwhelmed (as happened in Italy and the United States) were the government's priorities as a Human Biosecurity Emergency was declared.

We have seen and felt the severe economic and social consequences of the lockdowns and restrictions. The brakes were slammed on demand. Businesses closed and hundreds of thousands of people lost their jobs.

Spending did not come to a nation-wide standstill but for many businesses, revenue fell to zero. For some, that is still the case today. 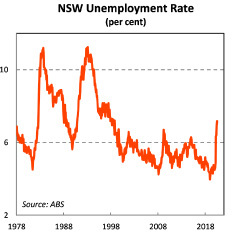 Business failures and job losses could have reached depression proportions if not for swift new government policies. Key measures such as the Cash Boost for Employers and JobKeeper kept some businesses afloat and prevented the official unemployment numbers from rising above 10%. Unemployment reached 20% during the 1930s depression, rising above 30% in some sections of the workforce.

The official unemployment numbers are rising but JobKeeper is 'muddying the waters' - a fact acknowledged by the Australian Bureau of Statistics and the government.

JobKeeper served two purposes. It directly assisted businesses and it pumped billions of dollars into the economy. Government policy had strangled demand with one hand and then gave out dollars with the other. Stimulus measures such as JobKeeper played a part in softening the blow on the economy.

As COVID-19 lingered, it became apparent that the original September 2020 end date for JobKeeper would lead to a collapse in employment and a sharp rise in unemployment. As such, the government has extended the JobKeeper program until March 2021.

It remains to be seen what impact the lower payments under JobKeeper and JobSeeker will have on the broader economy. At first blush, any reduction in payments seems likely to lead to a reduction in overall demand. At the same time, the government will be hoping that, as restrictions are lifted, private demand will pick up as business get back to business. Time will tell.

State governments have also played their part. State border closures have had an enormous negative impact while grants, tax relief and industry packages have attempted to ease the pain. Rent relief provided relief for some but pain for others.

All business owners should investigate what government support is available. Where appropriate, they should be looking for new work emerging from fast-tracked infrastructure projects - both large and small.

State and federal government assistance has been essential in preventing a depression, but other actors have also played their part.

The Reserve Bank of Australia (RBA) cut interest rates to their lowest rate ever. It also indicated that interest rates will remain at these ultra low levels for the next few years. If you were worried about a rising interest rate environment, don't. When interest rates do eventually rise, it will be a sign that we have moved beyond recovery to real growth. But don't hold your breath.

The RBA has also provided cheap credit to the banking system. The aim here is to ensure that those small to medium enterprises that are viable under more normal business conditions, will be able to access credit. Billions of dollars have been drawn down by the banking sector, so the business sector is not facing a credit crunch.

The RBA has hinted that it could reduce its cash rate below 0.25%. It could also reduce its 0.25% target for three-year bond yields or even move along the yield curve by targeting five-year or ten-year bond yields. Such moves would add certainty to the interest rate outlook for a longer period. It could also see the Australian dollar move lower thus boosting exports via increased competitiveness.

Social distancing is crimping the productive capacity of business capital. Many cafés, bars, restaurants, and event venues cannot generate sufficient revenue from a smaller number of patrons to cover their outgoings.

Interstate border closures are hurting small businesses that rely on interstate traffic. School holiday tourism is the lifeblood for many businesses, but the tourniquet of border closures is preventing that blood from flowing. Businesses owners, their families, their employees, and their suppliers are suffering.

International border closures have stopped the spread of COVID-19. However, Sydney, as an international tourist destination, relies on the income that tourists generate. The multi-lingual bustle of Sydney's tourist hot spots has fallen silent and for many, the clock is ticking on business survival.

Compliance and cleaning are adding to costs. COVID Marshalls, COVID-safe business plans, COVID cleaning products, COVID banners, COVID signs and COVID cleaning staff all add to overheads. With little foot traffic, many small retail businesses have shut up shop. It is all too much. Stress levels are high and, in some cases, dangerously so.

The end of restrictions cannot come soon enough but no-one wants a repeat of the Victorian experience. Britain also serves as an example of what might happen if restrictions are lifted too soon. That hurts, but relaxation followed by retightening would be worse.

For NSW, it appears the worst is behind us. That does not mean current conditions are good. Many businesses remain on the brink of collapse and the unemployment rate is already uncomfortably high.

COVID-19 cases in NSW have dropped. The initial restrictions on mobility have been lifted and non-essential services are operating again.

Examples of improvement include a pick-up in job numbers and increases in the movement of people. In June and July 137,600 jobs were created. That doesn't balance the 269,300 jobs lost in April and May, but it's a start. JobKeeper and COVID-19 are playing havoc with the unemployment statistics, but job growth, however measured, is better than further job losses.

Google measures the movements of people in NSW via its various apps. It then provides daily updates on it's mobility measures. On a seven-day trend basis, visits to retail and recreation venues in mid-September are around 11% below their level in mid-February. At its worst, movements were almost 50% below their February level.

While one might question the numbers, the trend is clear. People are getting out and about in NSW, but still at a reduced level. A recovery in activity is underway.

The race for finding a COVID-19 vaccine is on. At the time of writing there were nine groups around the world that have begun phase three testing of vaccines. Phase three is where large scale trials on thousands of people take place.

Phase three tests can take up to 18 months to two years to complete. Vaccines must be safe and effective before they can be released to the public. No short-cuts can be taken, and the major players have signed a commitment that they will not bow to public or political pressures that might tempt them to short-circuit standard medical and scientific processes. Poorly tested vaccines could end up being more deadly than the virus itself. That must not happen.

A further 24 groups at earlier stages of clinical evaluation (testing on humans) and 145 groups are at the preclinical stage.

Billions of dollars are being thrown at the search for a vaccine and signs are hopeful, but we cannot get ahead of ourselves. Despite over three decades of effort, no vaccine has been found for HIV/AIDS.

What does it mean for business?

Patience, planning and pleading will be required by businesses over the next few months.

Why patience? Because a vaccine or cure for COVID-19 will not emerge this week or next. We will simply have to make do with what we have today. Sadly, that could lead to business failures.

Survival will take planning. With changes to JobKeeper, what adjustments will you have to make? Do you have access to credit if things get tight? If you must release staff, who goes first? What other avenues of income could your business try? How are your debtors and creditors traveling? Do you need to see your banker?

You know your business better than anyone else. You know what it needs but if all else fails, phone a friend and get help.

Things are moving fast in the world of COVID-19 policy. Witness the recent changes in Victoria. Hopefully, NSW businesses will not require that scale of assistance, but some might. It may be worth making your concerns known to your local member of parliament if you haven't already done so.

New sets of business focused policies are likely to flow out of the 6 October Commonwealth Budget. The government recognises that businesses create jobs so further measures are expected.

Thankfully, the government has not hesitated in its decision to take on substantially more debt. Support measures do not come cheaply, and government debt is rising rapidly. This should not be a matter of great concern. Our initial debt levels were low when the pandemic broke and even after adding the costs of current policies, our debt levels and servicing costs as a proportion national income will still below most other advanced economies.

The interest rate for long-term borrowing by the government is below 1%. It will receive a far better return than that in terms of tax revenue if the funds are applied to activity within the Australian economy. Even though government revenues have fallen, the interest bill should be well with our capacity to pay. Debt servicing should not pose a problem.

Depending upon health outcomes and recent trends, a reopening of state borders is a clear possibility. With better definitions of 'hot spots', restrictions could be more targeted leaving larger parts of the States open for business.

Opening our international borders remains problematic, but nations that have COVID-19 'under control' might well set up links with Australia. New Zealand comes to mind and it is one of our largest trading partners. Both nations want to rebuild their economies but at present a State by State reopening of links with New Zealand appear to be being resisted by Australia which apparently prefers a whole-of-nation approach. But times, viewpoints and policies change. Sometimes they need a nudge.

Not all businesses are on the brink. Some have thrived and many have adapted and are finding new directions. These businesses need encouragement while those whose doors remain shut or only partly open will require targeted assistance.

This is the worst recession since the Great Depression. It has severely dented business activity and confidence. Recovery will take time and full recovery will not occur until a vaccine or effective treatment is found. Till then, government policies will soften the blows as businesses adjust to the new environment.

It will remain important for the business community to use its voice to let governments know what it reasonably requires to lift employment and restore the economy to its pre-COVID-19 levels of activity.