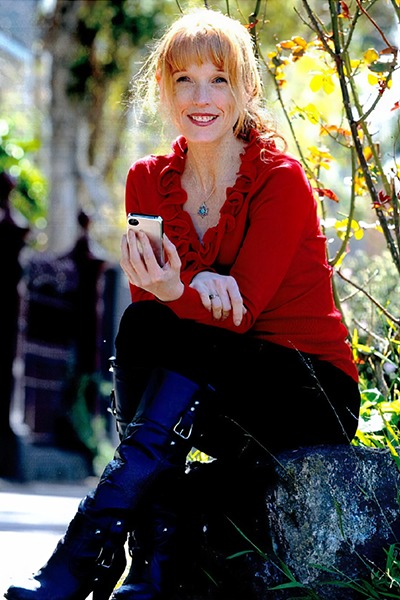 Take a look at these ads of yesteryear...

Look at the juicy interest rates offered for term deposits back in the 1970/80s.

It was an era when the choice to save cash was seen as a smart and viable alternative to investing and speculating on stocks and real estate.

Banks were competing for savers even as recently as 2011. You could get at least 5% on short term accounts.

But under the current economic system, that's disappeared forever.

Source: State Bank of Australia and The New York Times

But it is going to get worse.

Look at the trends here...

The Bank of England1 recently wrote to UK banks to assess their "preparedness" for the event.

The Reserve Bank of New Zealand2 asked financial institutions to ensure they are technically and legally ready to handle a negative interest rate by the end of the year.

The Reserve Bank of Australia previously claimed it would not go lower than 0.25 per cent.

That's unlikely to be the end of it.

Someone asked me last week:

"If Australia goes negative, can you see mortgages on 1% interest rates? We now can see 2% rates..."

I'd say it's inevitable.

Borrowing rates are already at record lows across the world.

But that could be a poor deal.

The Danes are setting the precedent.

Yes - that means that the borrower pays back less on the principle than they were loaned.

"We don't give you money directly in your hand, but every month your debt is reduced by more than the amount you pay," said Jyske's housing economist, Mikkel Høegh4

Sure, they'll make some of it back on fees.

But in the meantime, real estate prices in the region reached their highest level on record5 in 2019 just prior to the COVID panic. And they are holding steady right now.

This is likely to play a role in the huge surge in land values I expect globally in in the next five years - to 2026 (you can read more about the timing of this at www.fattailmedia.com.au).

But be aware that the push to negative rates is part of a much bigger trend... we're entering a new financial era

For negative rates to be completely effective, Cash will have to be removed from society.

This is no haphazard move.

The Bank for International Settlements and governments are working with central banks around the world to make "cashless" the new reality now.

Digital dollars, yens and pounds are going to replace cash.

These will be government-sanctioned blockchain protocols, administered by the banks and other authorised lenders.

People will use a smartphone app or similar to use in daily transactions.

The RBA trialled that transition in January - pre COVID.

"The RBA used a private, permissioned Ethereum network for the project, simulating a central bank issuing tokens to commercial banks, as well as those tokens being exchanged among banks and eventually redeemed with the central bank...research is expected to continue in 2020, with the RBA potentially bringing external partners on board to participate." 7

Last month, the RBA announced its partnership with two of Australia's Big Four banks, fund manager Perpetual and a blockchain company, to explore the potential of a central bank digital currency (CBDC) capable of use by wholesale market participants.

The announcement was made after the RBA cut interest rates to record lows on November 3 and came just months after the RBA previously claimed re the digital dollar, "that there was no strong case for one within Australia".

And conveniently (or not) the entire COVID panic has catapulted us toward this cashless fantasy at great speed.

IMF Managing Director Kristalina Georgieva commenting in June 2020 that 'digital is a big winner in this crisis.8

The pandemic has 'accelerated the digital transformation by two or three years'.

That's because, in the name of health, your virus laden dollars are no longer considered safe.

Some shops and services refuse to accept payments in cash already.9

If you think this is no big deal because you rarely use cash you are very much mistaken.

The cashless society is about so much more than just how we pay for things at the store.

It represents the ultimate authoritative control over our lives.

It's being heavily promoted by the Bank of International Statements (BIS), the Bill Gates-co-founded Better Than Cash Alliance10, and the International Monetary Fund (IMF) on the back of the World Economic Forum's "Great Reset" agenda.

The "Great reset" or "Global Currency Reset" as some have called it, is a term said to have been created in response to COVID.

The WEF issued the following statement when COVID hit.

"There is an urgent need for global stakeholders to cooperate in simultaneously managing the direct consequences of the COVID-19 crisis. To improve the state of the world, the World Economic Forum is starting The Great Reset initiative."

However, it was being talked about and planned long before.

Christine Lagarde11 (then managing director of the IMF) calling for a 'reset' of monetary policy, the financial sector regulatory environment and structural reforms of global economies at the WEF's annual meeting in 2014.

The rhetoric is full of economic buzz words promising to create a "cleaner, more sustainable, inclusive, and equal" economy.

To drum this narrative into the heads of the public, WEF has:

- The Great Reset book,
- A podcast called "The World vs the Virus",
- A host of "global elites" such as Prince Charles12, John Kerry, Jan Vapaavuori, Hilary Cottam, Mohammad Jaafar, Bob Moritz, Geraldine Matchett, Phillip Atiba Goff, Saadia Zahidi and Borge Brende pushing the propaganda.
- And just so the kids don't miss out - Grover from Sesame St has been rolled in to explain it for Children.

If you thought COVID would move the world away from globalism - you were wrong.

To quote from "The Great Reset" book.

"If no one power can enforce order, our world will suffer from a "global order deficit". Unless international nationals and international organisations succeed in finding solutions to better collaborate at the global level we risk entering an age of entropy, the pandemic has both exposed and exacerbated thus state of affairs."

To be clear - decentralisation is the enemy of technocracy.

Whilst they have not yet posed a great threat to central bank-dominated fiat money - they could.

This is one reason former head of the Bank of England (BoE) Mark Carney suggested a "radical proposal" last year.

Calling for "An overhaul of the global financial system that would eventually replace the dollar as a reserve currency with a Libra-like virtual one." 13

The other fear is China.

China is rapidly rolling out its digital currency now.

China's intends the DCEP to become the dominant global currency.

"The People's Bank of China is under a lot of pressure to accelerate the development because they do not want to be in a world where Libra (Facebook's digital currency) becomes the global currency, which they think is worse than the current global financial system controlled by the US," - Linghao Bao, an analyst from Beijing-based Trivium.14

This has invoked a digital currency arms race.

Seven central banks - Canada, Britain, the European Union, Japan, Switzerland - recently issued a statement indicating they are working together on "common principles" and "key features" for a viable central bank digital currency, or a CBDC.15

The point here, is that digitalised money allows those controlling the system, to track you from cradle to grave.

We only need to look at China to get an idea.

In 2019, four out of every five payments in China were made through either Tencent's WeChat Pay or Alibaba's Alipay.16

Their digital currency is a vital cog in a vast wheel of surveillance17 China has constructed over the last several years in the name of "public health, safety and security".18

It is intended to rate individual's trustworthiness or value, according to a "national scoring system". 19

The score is calculated by monitoring an individual's spending habits, if they pay bills on time, commit a crime, their social behaviours. etc.

The companies collating the data are China

Both Rapid Finance and Sesame Credit have access to mega quantities of data through the WeChat messaging app (at present with 850 million active users) and the AliPay digital payment service.

All of this citizen information is publicly ranked.

Citizens with a low rating may be refused certain jobs, pay more for mortgages or health services, be banned from traveling among other things20, with fines deducted directly from their digitalised bank accounts.

When asked why the Chinese accept these reforms without protest, CEO of Baidu, China's largest search engine made the following comment:

"If they [Chinese] are able to exchange privacy for safety, convenience or efficiency, in many cases, they are willing to do that, then we can make more use of that data." 21

If you think it could never happen here, take a look at a blog written by the IMF last month (December 2020).

They argue that using non-financial data, specifically "the history of online searches and purchases," we can solve the problem of "certain kinds of people not having enough hard data (income, employment time, assets and debts) available" to buy products.

The transition is not one to be celebrated. But as an investor, it's important to know how to ride the wave to protect your wealth.

Lower or negative interest rates will allow land values to rise again from this alone.

Real estate is also likely to attract huge levels of cash that is at risk of becoming trapped in the banking system.

Ultimately the productivity gains from an era of technocracy, must flow through to the price of land.

An inevitable reaction to improvements in transportation, communication, and energy production.

This is an iron law of economics.

This is why we have a real estate cycle and why it repeats.

A government is close to penalising you for holding cash. But it still gifts unearned income in the land market in the form of capital gains.

Negative interest rates and the war on cash are likely the thing to set off the huge boom I expect in land values between 2021-2026.

The transition into technocracy sets the stage for a spectacular build-up of global tensions (war) and wealth creation into 2026.

It will be followed by a synchronised global bust into 2028.

Why? Find out more at https://fattailmedia.com.au/publications/cycles-trends-forecasts/

We cannot avoid what is ahead.

But we can prepare.